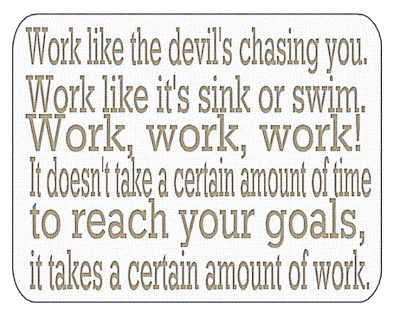 I received the following email a couple days ago. We get asked variations of this question often enough that I wanted to share.

Hi Jo of Dylan & Jo,
First let me say I LOVE your creature creations. I follow your Blog and have you as a friend on Facebook, your artist page too "Cart Before The Horse."

I was recently given a sign ***let's say*** that it's time to kick start my artist life into full gear (by way of a lay-off) but I've been unhappy for some time just too afraid to make the leap. I'm a commercial interior designer by trade but an artist all my life. I must say you really inspire me and I hope I'm not being too forward -- I'd love to ask a question ???

How long did it take you and Dylan to really start seeing that this would be a way for you to have all the fun you're having and "make a living" ? I know it's different for different people.
Thank you for your time!

This is what I replied:

First of all, thank you! I'm thrilled to be of inspiration :)

This is a tricky question! I'll can only share our experiences with "making the leap".
We moved to Oregon from Florida in 2003 with nothing but our stuff. No jobs lined up, no real plan, just the need to make a change. Dylan had always dreamed of making a living from home, but I wanted a steady paycheck, thinking it offered some sort of security. (As anybody who has been laid off can attest, this just isn't true.) I quickly got a couple of jobs, while Dylan stayed at home with the kids. I started making little paintings in my spare time and Dylan figured out how to sell them on ebay. It was a nice little added amount of money, but not significant enough to quit working full time. He chugged away at learning internet stuff and doing his share of helping with the art, while I felt the pressure of being the bread-winner (something he had done for the first ten years of our kids' lives).

Slowly but surely we were finding a niche for ourselves artistically speaking. Chug, chug, chug. . . Fast forward to three years later. . . The arty stuff had evolved and we started to get a following. I was making almost as much with the art as I was working, and work got less and less satisfying on account of I always wanted to be making art instead. It was Dylan who pushed me to quit my day job and pursue art full time. Seriously, he had been working on me for more than a year before I finally caved. It was really scary! But we did it, and continue to make a living doing what we love 5 years later.

The "living" we make isn't particularly grand, and there are always money concerns, but it was like that we were were gainfully employed too. Most of the year we live week-to-week. There is no 401k plan or health insurance. No fancy car or house on the hill. The thing is, it's not so hard being a little poor when you love what you do. I know plenty of miserable rich people. And I wouldn't trade the time I've been able to spend with my kids for anything. Any. Thing. We try to live within our means, recognize the difference between WANTS and NEEDS, and take comfort in the fact that in a couple of years our kids will be grown and we can live like paupers so we can manage to save up some money :)

Dylan recently did an interview for some magazine that really fits this conversation, so I'll just quote him:
He was asked, "What suggestions or words of encouragement do you have for people who want to support themselves with their art or any creative endeavor for that matter?"

And he said, "It's worth it. Even if you never make a lot of money, even if it only provides a supplemental income, it's worth it. Using your talents is rewarding in itself. Suggestions? Work like the devil's chasing you. Work like it's sink or swim. Work, work, work! It doesn't take a certain amount of time to reach your goals, it takes a certain amount of work. Then it's time to set your goals higher and work some more. But if you're doing what you love, it won't feel like work. . .at least most of the time. It's a very rewarding life to see your ideas become reality."

Dylan's good with words. Which, if you knew him, you would find funny on account of he's a really quiet guy.

I hope this helps at all. Best of luck! 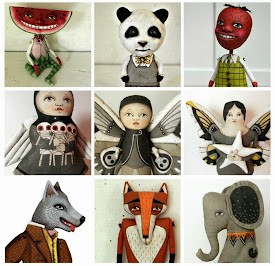 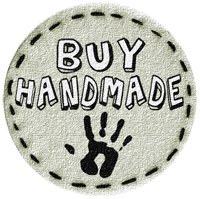